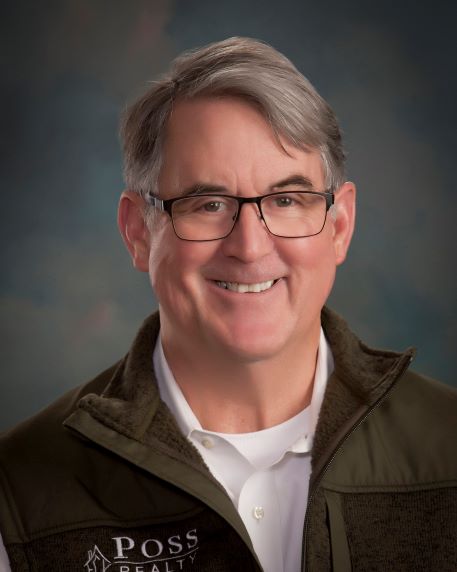 A love for Rabun County Real Estate runs deep in Scott Poss, managing broker at Poss Real Estate. Growing up, it was the nightly dinner table conversation with his father Ed where he learned that true success is making other people successful and helping customers find the property that fulfills their dreams. Scott and his father, who died in 2017, worked together to accomplish those goals for decades. As a teenager, Scott learned the value of making work fun. He took a jon boat across Lake Rabun to catch the school bus every morning and used a sling blade in the afternoons to keep his dad’s real estate signs visible from the water and roads. In the summers he worked at both Rabun Boat House and Hall’s Boat House. He flew hang gliders from the mountains in the area—or towed behind his ski boat and has been a licensed pilot since the age of 18. Seeing the land from above gave him a different perspective on property. It was only natural for him to become a licensed real estate agent and broker. Scott sold his first lake house in 1976 and worked for many years as an appraiser. Today Scott continues to have fun and continues to sell and list and fly. He’s a licensed commercial pilot with instrument and sea plane ratings, as well as a licensed drone pilot. He and his wife, Pat, have been married for 40 years, have three grown and married children and nine grandchildren. They are active members of Tabernacle Baptist Church and enjoy photography, water skiing, snow skiing, dirt bike riding and taking Rabun County walks with Layla, their German Shepherd.